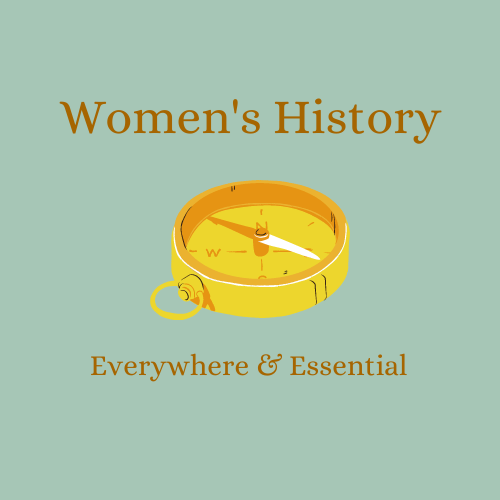 March is Women’s History Month – a time set aside to tell women’s stories, revealing the significant and often forgotten role women played in making our communities. This year, we are thinking about the places where women’s history happened, why it is so important to preserve them, and how easily they can be lost and forgotten.

Women’s history is still one of the most important and yet hidden stories in our landscapes. As we like to say, Women’s History is Everywhere! And it is essential for us to see it in our world and save it in our historic places.

At the Willard House, we are fortunate that the house and its story have been preserved all these many years. The Willard House opened as a museum in April 1900 making it one of the earliest house museums to tell the story of a woman’s life and work. In 1922 the WCTU built its national headquarters behind the Willard House. This building too still stands and tells the story of the organization and its work for prohibition, women’s suffrage and many other social reforms. These companion buildings are a rare and remarkable pair – the home of one of the most famous women in the world, and the headquarters of the world’s largest women’s organization in the 19th century. Their preservation has required countless hours of care and vision by many people over the past 100 years.

But there is a part of our story that is now lost in the landscape. In 1892, the Woman’s Temple opened with great fanfare on the busy corner of LaSalle and Monroe in Chicago’s loop. Designed by architect Daniel Burnham, the Woman’s Temple was meant to establish women’s place in the heart of the bustling metropolis. Cities like Chicago were men’s worlds – women were not welcome in so many places – and certainly not women reformers. The Temple was Frances Willard’s pet project and its opening was a dream fulfilled for her.

The Temple housed the WCTU’s offices on its top floors. It had a first floor assembly hall and meeting spaces for the WCTU and for other women’s organizations. In the 1890s, funding for the Temple became tenuous. There was an economic downturn that caused rentals to decrease and donations to dry up. After Willard’s death in 1898, the WCTU leadership decided to abandon the project entirely and move to her home in Evanston. This was a retreat that she would never have wanted. But she was not there to hold the line. The Temple remained operational until 1926 when it was torn down and this women’s space was erased forever.

The story of the Woman’s Temple reminds us just how challenging this work of preserving women’s history is – and is a cautionary tale for working hard to preserve what we have left. We will share other stories of lost and hidden women’s history throughout this month and highlight women’s historic sites on our social media.

Join us in marking Women’s History Month 2021 by finding it in your landscape too!

I hope you will consider making a gift to support our work to preserve and tell these stories from this most historic place.