You are here: Home › About the House › Preservation and Restoration

In addition, the WCTU Administration Building was listed on the National Register of Historic Places in August of 2002.

As a wooden structure built in 1865, Willard House is in constant need of vigilance, maintenance and repair.  In 1990, the WCTU undertook a massive effort to restore the exterior of the house, selling their Washington DC lobbying building to fund the effort.  Much was done to shore up the house structure, repair or replace wooden elements, install a new cedar shake roof, and paint the house in the original colors.  (17 coats of paint were stripped off to establish what those colors were!)

Since then, besides maintaining the exterior, interior restorations have been completed.  In 2006, Willard’s Den and Bedroom were both restored to the period of the last changes wrought in the rooms by Willard, ca. 1893.  Last year, we repaired the plaster ceiling in Rest Cottage’s Entry Hall; we also re-plastered and turned the Upper Sitting Room on the 2nd floor into an exhibit space.  While not technically a restoration, this room was the site of the original exhibit for the Willard Museum when it opened in 1900.

We completed a very large interior restoration project in 2015-2016 which involved restoring four of the rooms in the original Rest Cottage portion of Willard House.  We gave updates during the past year on our Blog pages, so you can review many of the details while the work was being done. Here is a summary of the restoration work with before and after pictures.

When the wallpaper was stripped behind the bookcases on the West wall, we found evidence that this wall had the original back door of Rest Cottage.  The current kitchen was added sometime after the house was built – the original kitchen was in a lean-to on the south side of the House. 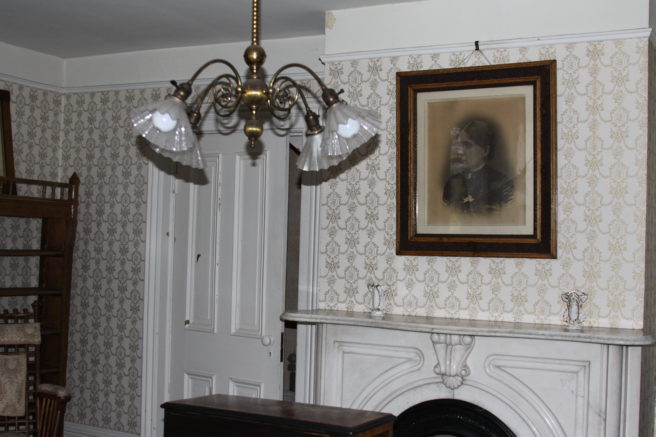 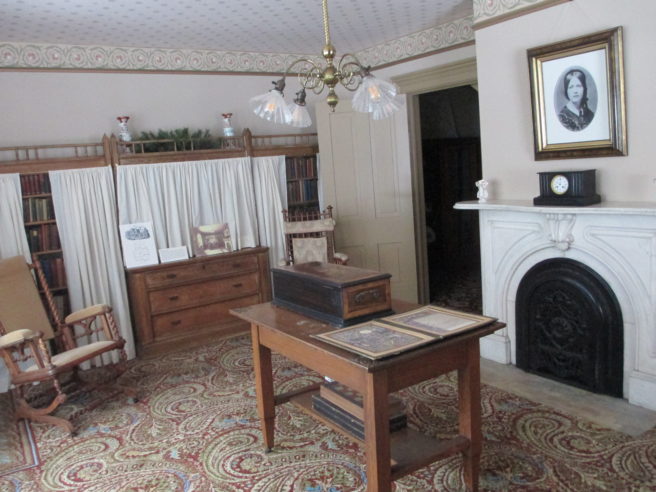 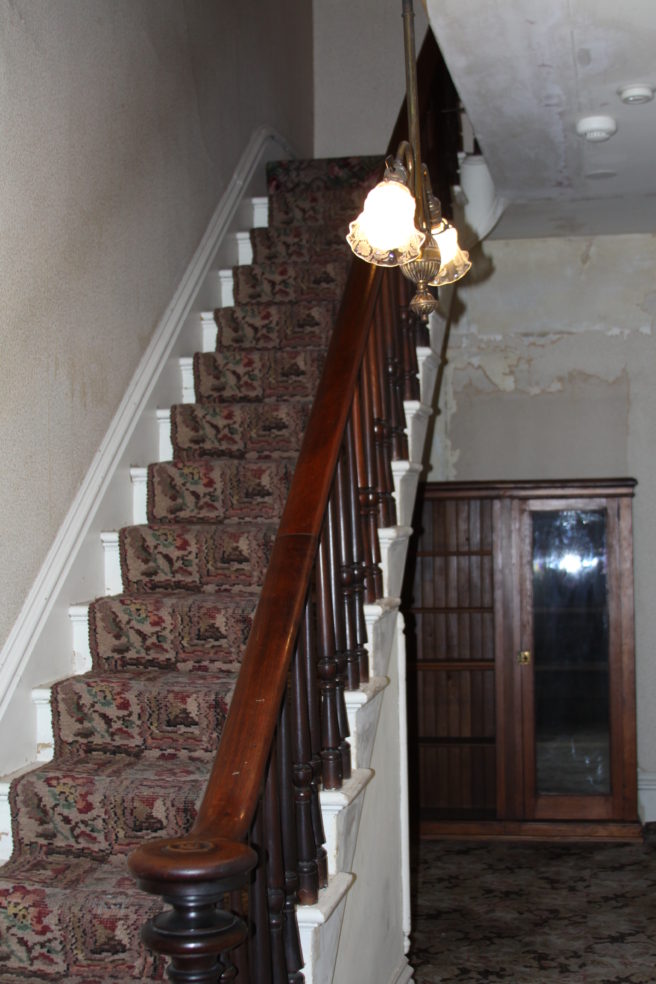 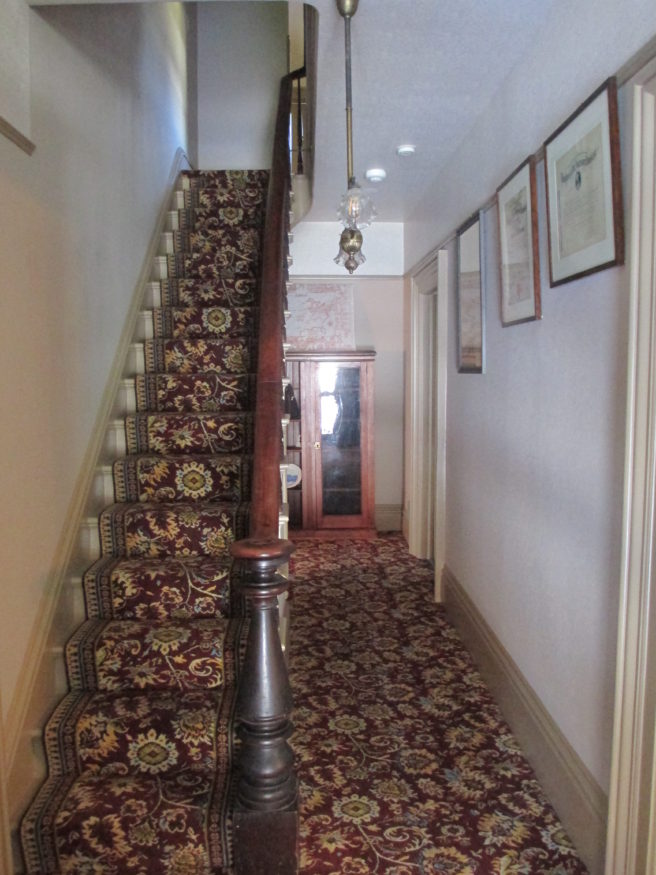 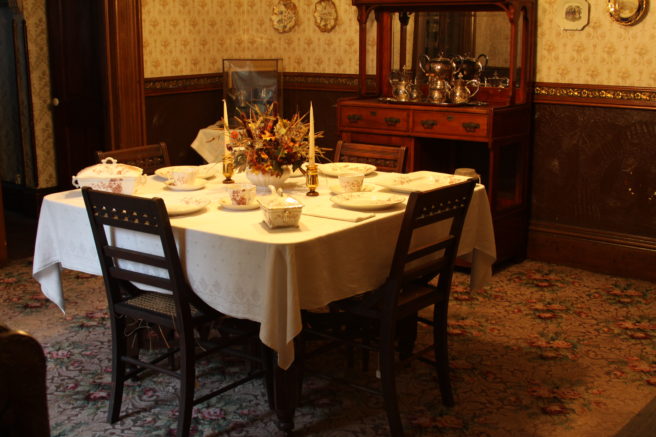 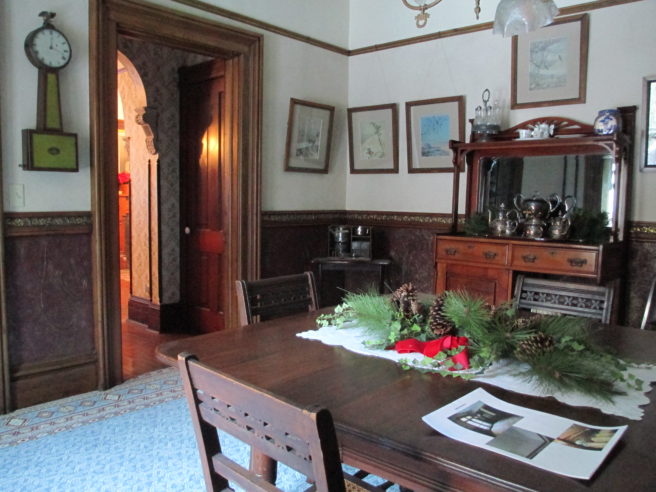 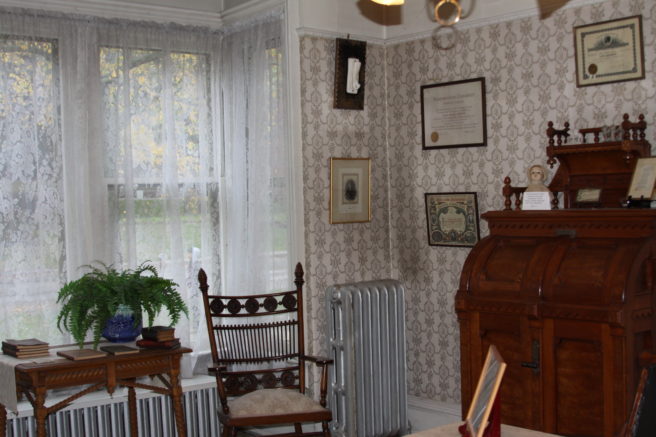 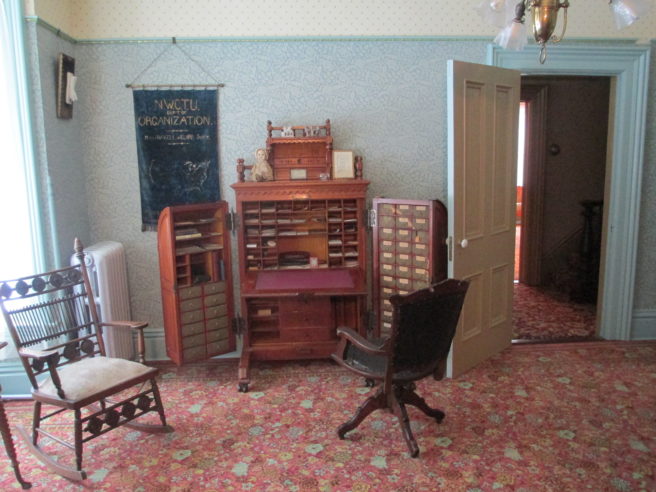