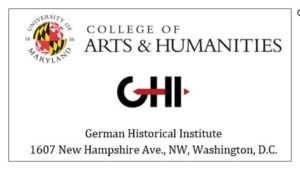 ate April, 2016, the German Historical Institute (GHI) in Washington D.C. hosted a conference entitled Forging Bonds Across Borders: Mobilizing for Women’s Rights and Social Justice in the 19th Century Transatlantic World. Co-sponsored by the University of Maryland at College Park and the Heidelberg Center for American Studies, the conference brought scholars from around the world to speak about their work.

Though I spend most of my time at the Willard Archives processing records, I have an interest in the history of the WCTU’s work in India, and I was invited to the conference to talk about my research. The WWCTU was one of the earliest (if not the earliest) truly transnational women’s organizations; it began work in India in the 1880s. I have visited the WCTU headquarters in Delhi and met with the current president and many of the organization’s leaders. What a remarkable experience to straddle the past and the present this way!

My conference paper, The World’s WCTU: An Early Transnational Women’s Organization and its Struggle to Grow and Thrive in India, 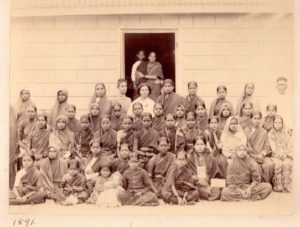 focused on the early years of the WCTU’s work in India and the way its leaders confronted the challenges of growing the organization there. In some ways, their work in India was an experiment in building a transnational organization – they really had no models to follow and so had to be flexible and creative. They soon realized that they had to rely heavily on the Christian missionary network for support. Next they connected with native reformers–initially with male leaders as the Indian gender hierarchy did not allow for direct work with women– and encouraged a native temperance movement. They also learned how to work in a primarily non-Christian country. Today, the WCTU of India is entirely native and Christian, and is the largest of the existing World WCTUs, with approximately 4,000 members.

At the GHI conference, I was pleasantly surprised to find four other presenters whose work involved the World’s WCTU—three of whom had previously visited the Willard Archives to use the amazing resources there. Here’s something about each of them and their topics:

Eva Payne (Doctoral candidate in the American Studies Program, Harvard University) is writing her dissertation on the American and International movements for sexual reform. GHI paper: A Battle for Sound Morality: the Age of Consent Campaigns in the U.S. and India.

The history of the World’s WCTU is obviously generating interesting work in the fields of gender and transnational history. Still, my sense at the conference was that the WCTU (both nationally and internationally) remains a largely unexplored area. Fortunately, younger scholars are recognizing that the story of American women in the late 19th and early 20th century cannot be told without including the WCTU. It was truly a force to be reckoned with, and deserves this growing interest. Our goal at the Willard Archives is to provide increased access to the records that are key to telling this story. Stay in touch – we are always discovering more!