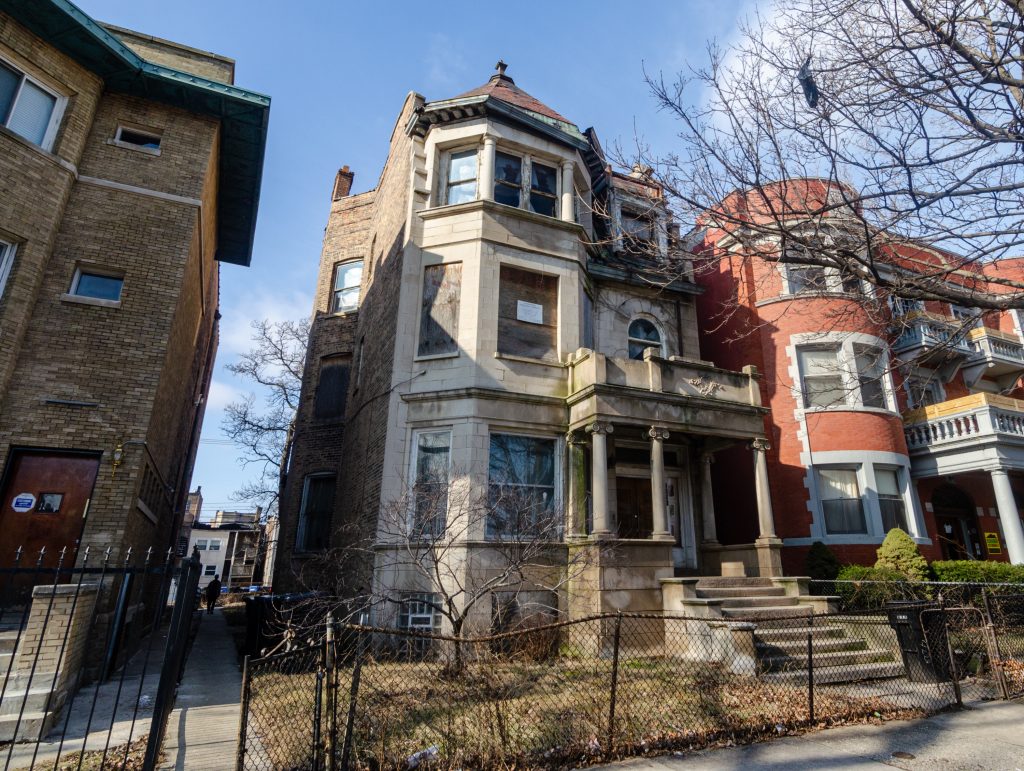 Historic buildings offer a tangible and immersive way to explore past women’s lives and work. Some women’s history sites have been protected in recognition of their historic significance and educational potential. Yet, for all of the sites that have been maintained, far too many have been forgotten and lost – especially those relevant to the history of African American women. During Women’s History Month, we at the Frances Willard House Museum are highlighting buildings that remain, buildings that are lost, and buildings that might yet be saved.

The Phyllis Wheatley Home has an important story to tell. The site functioned as a boarding house for Black women moving to Chicago during the Great Migration. The Wheatley Home had ties to the settlement house movement and incorporated elements of settlement programming. It was managed exclusively by Black women and financially supported by Chicago’s Black community. It also operated as a nexus for Chicago’s network of Black woman’s suffragists, many of whom worked at, supported, or visited the Home. This building is a powerful representation of Black women’s community organizing, professional advancement, and resilience – history that deserves to be preserved and shared. Preservation Chicago and community members are currently working to save the Phyllis Wheatley Home from demolition and to grant it landmark status, efforts that the Willard House fully supports.

The Phyllis Wheatley Home served as a nucleus of activism for Black clubwomen. Under the leadership of Elizabeth Lindsay Davis, the Phyllis Wheatley Club of Chicago – named for the eighteenth-century enslaved Black poet – combined literary and artistic activities with philanthropy and social reform. As Black migration to the North increased, club members grew concerned about the many Black women and girls arriving in Chicago without housing, employment, or guidance. The problem became so acute that club members began temporarily sheltering migrants in their homes. In 1908, the club launched a building fund and established Chicago’s first Phyllis Wheatley Home in Bronzeville. Highly skilled fundraisers, club members organized benefit entertainments and social events and partnered with Black churches, other women’s clubs, and civic organizations. In 1913 they moved the Home into a larger brownstone in Bronzeville, and in 1915 they purchased 5128 South Michigan Avenue in Washington Park, which could house twenty-two women at a time.

The Phyllis Wheatley Home provided opportunities for Black women entering the newly professionalized field of social work. Many African American women graduates of the Chicago School of Civics and Philanthropy found positions as headworkers and residents at Black settlement houses. The Phyllis Wheatley Home Association hired Jennie Lawrence, a Black graduate of the program, to oversee its operations, and Lawrence introduced modern social work methods to the Home.

The Phyllis Wheatley Home attracted the support and participation of leading Black woman’s suffragists, who transformed the house into a center of women’s leadership training. The site became a base from which Black women advocated for increasing and protecting women’s rights, including suffrage, when those rights were nonexistent or merely emerging.

Finally, the Phyllis Wheatley Home houses the memories of the countless Black women who left behind the Jim Crow South for a new life in Chicago. This building was their first home in a new city. Behind its doors they found opportunities for job training, education, and recreation; they also forged a community that helped them adjust to a strange and unknown urban environment.

Chicago has an unfortunate record of demolishing women’s history sites and settlement house buildings. Even Hull-House, the most renowned social settlement in the city, suffered this fate – during the 1960s, all but two of its thirteen buildings were destroyed to make way for the University of Illinois at Chicago campus. Black women’s participation in the settlement house and suffrage movements is only just starting to receive the attention it has long deserved from historians and the public. Few sites of Black social settlements and suffrage organizing remain in Chicago or across the nation. The National Votes for Women Trail, in mapping and marking suffrage-related sites, uncovered just how uncommon it is to find such a site still standing. Another important building connected to the woman’s suffrage movement, the Alpha Suffrage Club, founded by Chicago journalist and activist Ida B. Wells, was demolished years ago.

Preserving the Phyllis Wheatley Home will be key to preserving and sharing the rich history of Black women’s activism, professional achievements, and community-building. Historic buildings like the Wheatley Home make the stories of women’s work real and present in ways that books, websites, and other media do not. Saving the places in our landscape where such history happened makes it possible for us to understand the past and use it to continue the work today. Women’s history is everywhere, as long as we recognize it and work to save it.

Please consider making a gift to support our work to preserve and tell these stories – and join us in marking Women’s History Month 2021 by finding it in your landscape too!