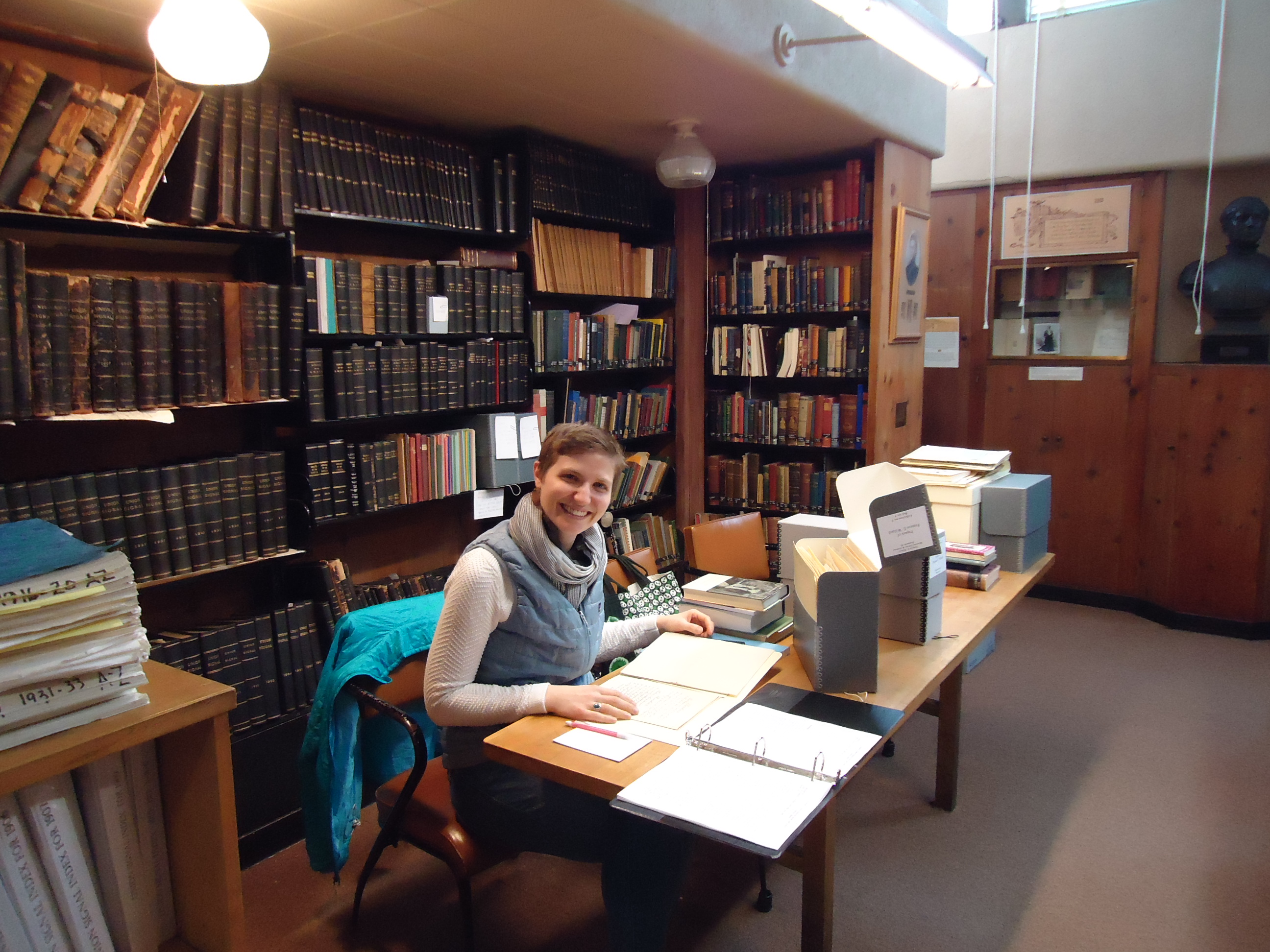 I first encountered Frances Willard in 2014 when I stumbled upon her 1895 book, A Wheel Within A Wheel: How I Learned to Ride the Bicycle.  I was captivated by her use of metaphor and the role she granted the bicycle in her progressive vision, and she inadvertently shaped the direction of my dissertation research on bicycle travel and tourism in the 1890s.  And yet, after two years of immersing myself in early bicycle research, I found that I still had very little information about the woman who had inspired this journey.  It was time to visit the Willard Archives in Evanston!

And these archives did not disappoint.  The main library, itself a relic of times long passed, was full of old manuscripts and out-of-print tomes.  It was a delightful, if overwhelming, sensation to be surrounded by the ephemera of a woman who has shaped my thinking, and with no real concept of how, where, or when to begin.  Luckily, the University of Minnesota, my home-base, is not terribly far, so I allowed myself to use this first visit to play.

Expertly guided by the archivist and Willard expert, Janet Olson, I luxuriated in slowly paging through files of some of Willard’s personal papers and correspondence, with particular attention to the last two decades of her life.  The latest in a long line of Willard’s historical-stalkers, I pored over her documents with the hope that what lay written on these pages would somehow bring the essence of the woman back to life for me–that they would reveal the core of her character.

Character, it turned out, was the name of the game.  While of course no document, letter, or clipping will hold the key to understanding Willard once and for all, my visit to the archive did complicate and expand my understanding Willard’s character, and broadened my sense of how important understanding her character was to her, as well.  Some of my favorite finds included charts and reports detailing Willard’s personality, according to specialists in phrenology, solar biology, and palm reading.  It would appear that the stern Methodist woman I thought I would meet in the archives was much more willing to experiment with aspects of Spiritualism than I had anticipated.

Perhaps, in some small way, I did encounter the essence–the spirit–of Willard in the delicate chaos and metaphorical strength of the words she left behind.

Note from the Archives: Willard’s bicycle, Gladys, is still in the process of being restored, but will be on view in the Willard House Museum in Fall, 2016. Meanwhile you can read “A Wheel within a Wheel” online, or find out how Willard’s character was developed during her learning experience as told in her journal (on the “Search Journals” page, type in “bicycle”). Or contact us at archives@franceswillardhouse.org