Collection Close-Up
A Scandal in Evanston:
Frances Willard and the Self-Report Controversy

Our first Collection Close-Up of 2023 will be held on Sunday, January 29 at 4pm Central Time! This free, 30 minute virtual program will investigate the story behind a document held in the WCTU Archives: the “Self-Report” forms that Northwestern University Dean of Women Frances Willard devised for her women students in 1873. Participants of all ages are encouraged to attend and join in the Q&A following the presentation.

Self-Reports required young women to assess their recent behavior and confess which school rules they had adhered to and which they had broken. Chicago journalists found this practice shockingly dictatorial, and their exposés generated lively discussion about Willard’s management style. Today we might wonder why Willard, known as an advocate of women’s rights, instituted such a requirement for the young women in her charge. Archivist Janet Olson will examine the context, sensational reporting, and startling aftermath of the Self-Report Scandal to highlight the extent and the limits of women’s freedom in the new world of coeducation.

RSVP here. A Zoom link will be sent shortly before the event to everyone who registers.

This Collection Close-Up is part of the Knowledge is Power: Women and Education program series at the Willard House. In recognition of the 150th anniversary of Frances Willard’s role as Dean of Women at Northwestern University (1873-1874), we are exploring the history – and prehistory – of women’s higher education in Evanston and the United States. You can learn more about Frances Willard and women’s education on our blog. During our first Close-Up in November, Director of Museum Operations Fiona Maxwell shared the story behind Frances Willard’s first major writing endeavor, a 165-page unfinished novel.

Our free public programs are a key component of our storytelling and cannot happen without your support. We hope you will consider making a donation here. Thank you!

Looking back over 2022, it is truly remarkable what a small organization can do with the assembled and amazing talents of our staff, interns, board, council, and volunteers. In 2022, we…

There’s still time to make a gift to our annual appeal! Your support will ensure that we can continue telling women’s stories, supporting rising scholars, and sharing this women’s history treasure.

Knowledge is Power: Women and Education

The Frances Willard House Museum and WCTU Archives is excited to announce our new program and content theme, Knowledge is Power: Women and Education. In recognition of Frances Willard’s role as President of the Evanston College for Ladies (1871-1873) and Dean of Women at Northwestern University (1873-1874), we are uncovering the history – and the prehistory – of women’s higher education in Evanston.

For Frances Willard, as for other women of her time, education was a fundamental need, but access was limited. As doors to schoolhouses and colleges slowly began to open, women’s lives changed significantly and their options multiplied. This enabled them to take on broader and more influential public roles in their communities and country. But it all started with education – and thus we are returning to the story of women and education to ask questions and learn more.

You can explore Frances Willard’s side of the story in a series of blogposts by Fiona Maxwell. Part one traces how, as a young girl, Willard connected writing and speaking to social reform. Part two details Willard’s formative experiences as a student at the Northwestern Female College. 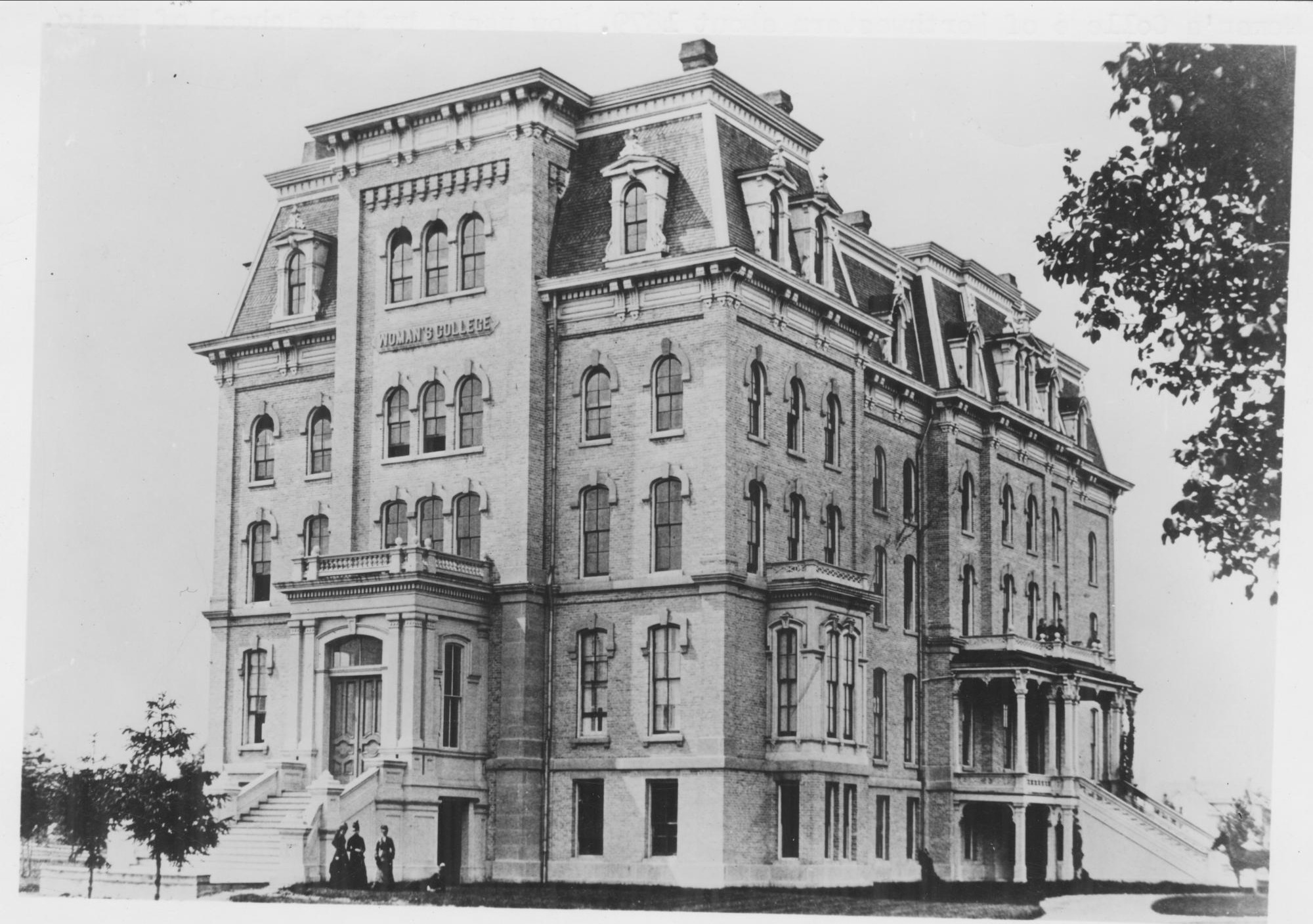 The Evanston College for Ladies and Woman’s College building.
It still stands at 711 Elgin Road in Evanston, Illinois.

Do Everything: The Biography of Frances Willard

Thank you to everyone who joined the Frances Willard House Museum and WCTU Archives at Bookends and Beginnings on October 20 for the launch of Dr. Christopher Evans’s new book, Do Everything: The Biography of Frances Willard. We enjoyed a fascinating discussion with Evans and Willard House Archivist Janet Olson about the new perspectives Evans has brought to the complex interpretation of Willard’s life, work, and legacy.

A recording of the conversation is now available on our YouTube channel.

Do Everything can be purchased through your local independent bookseller, Oxford University Press, and Amazon. Order your copy today!

In the 1890s, Woman’s Christian Temperance Union President Frances Willard and journalist and activist Ida B. Wells fought a war of words in the international press over Willard’s lack of public support for Wells’ anti-lynching campaign. Wells called Willard’s moral leadership into question and demanded that Willard and the WCTU join her anti-lynching campaign. Under Willard’s leadership, the WCTU eventually passed resolutions opposing lynching, but Willard’s language and actions complicate her legacy.

Truth Telling: Frances Willard and Ida B. Wells is a community history project that explores this conflict. The project includes a digital exhibit of original archival sources, community conversations, and public programs. The goal of the project is to uncover the full truth of the conflict, and explore its many meanings and ramifications for our world today. To visit the website, click here.

In 2020, the Truth Telling project received Honorable Mention for Outstanding Public History Project from the National Council on Public History. To view the online award ceremony video click below.